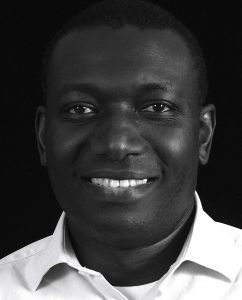 Man-made change including climate change is a global challenge with critical development implications. It has been dubbed the biggest challenge of our time. It is however important to note that relative to developed countries, populations in developing nations are more vulnerable to and will be more adversely affected by climate change. Overall, climate change will affect productive capacities, in particular in the agricultural and natural resources-based sectors, which form the basis for food security, trade and development of many developing countries. Cumulatively, these impacts of climate change on production are likely to translate into negative spillovers on employment, food production and food security, and income generation for governments, producers and service providers.

Production patterns are likely to change as some regions become less suited to agricultural production, and others become better adapted.

Climate change is expected to lead to a number of environmental changes that will affect agricultural production both directly and indirectly. In the low-latitude regions, where most developing countries are found, even moderate temperature increases are likely to result in declining yields for the major cereals. Growing aridity is expected directly to affect agricultural productivity in some world regions, such as southern Africa, some parts of Asia and some parts of Latin America, especially where this is accompanied by land degradation and soil erosion. On the other hand, in temperate regions, production may increase due to warmer weather. Production patterns are likely to change as some regions become less suited to agricultural production, and others become better adapted.

Currently, experts anticipate that the production potential of mid- to high-latitudes is likely to increase, and to decrease in low latitudes. As a result, trade flows of high-latitude and mid-latitude products are expected to increase, with products such as cereals and livestock products being exported towards low-latitude regions. While price volatility has long been a concern of developing country commodity producers, climate change is likely to mean that this issue becomes a more systemic concern. However, the exact nature of these shifts in production and trade patterns remains unclear, and more research is needed before policy-makers can properly understand the nature and scale of impacts the likely implications.

Sustainable forms of agriculture – which include conservation agriculture and organic farming, among others – are seen as the forms of agriculture that can contribute to poverty reduction while addressing climate change. The impacts of these agricultural systems would be enhanced with research and attention to orphan crops to better adapt to the changing agro-ecological patterns.

We at ATDF are looking forward to your reactions and most of all initiatives.